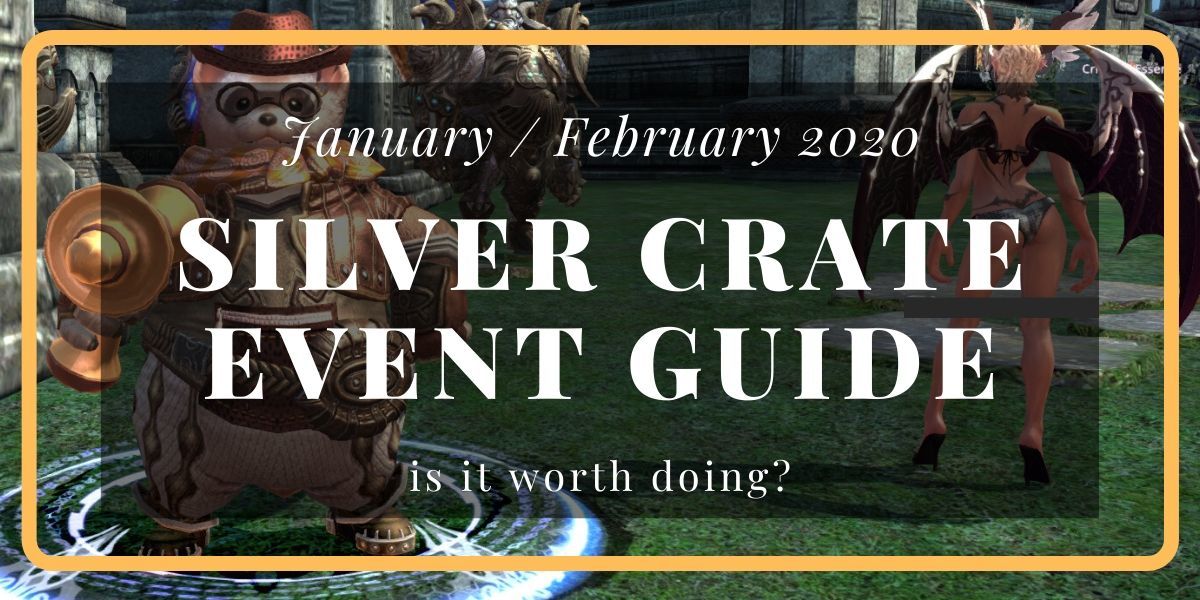 This post has the running loot table outcomes and notes for the North American / EnMasse Silver Crate event, starting at January 28th, 2020, and initially advertised to go until February 11th, 2020. The event items have an expiration date of February 24th, 2020 at midnight.

Here's the EnMasse weekly news post that has the original details. <[Event] Silver Crate> items were added to the vanguard reward for all the dungeons from Red Refuge and higher. The crates contain <Silver Siglos>, <Silver Plates>, <Darkshard Weapon Feedstock> and <Darkshard Armor Feedstock>. A box will only contain one type of item and the number varies (see below for the loot table so far). Silver siglos and silver plates are used on accessories to attempt upgrade. The feedstock is used on the Patch 86 gear to attempt enchants. 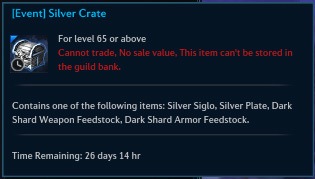 How to get [Event] Silver Crates

Red Refuge and up will give you 1x box from the vanguard reward. The reward is limited to 1 per day per character from each vanguard. In other words, after you run Red Refuge and collect the vanguard with the <[Event] Silver Crate>, you'll have to wait a day or swap characters to get another crate from Red Refuge. You can also get up to 10 boxes per day for 500g each from event merchants in the major cities. With 16 vanguards per day, you can get up to 16 x (Number of Characters) + 10 crates per day, assuming you can run 16 different instances on all of your characters.

Your favorite event Popo, Neirun is back and sells you up to 10 silver crates per day per account for 500g each. In Velika, he's located in Freedom Plaza, between the bank/broker shop and the fishing NPCs. In Highwatch, he's located near the Hall of Accord next to Marmundam. In Allemantheia, he's located in the Pillar of Eons, by the banker/broker NPCs. In Kaitor, he's in High Street next to Broker NPC. See the screenshots and maps below. 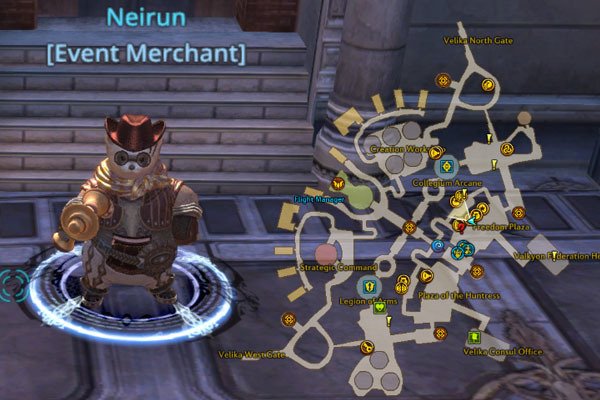 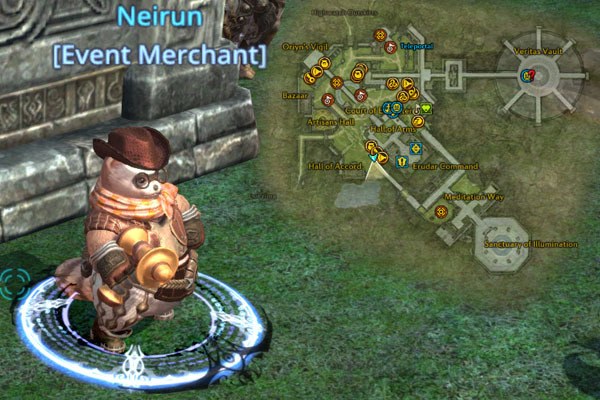 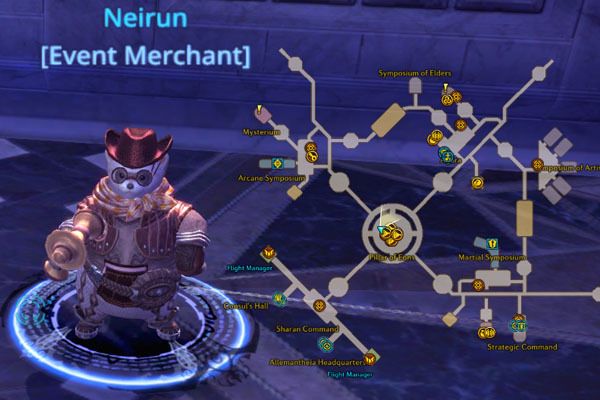 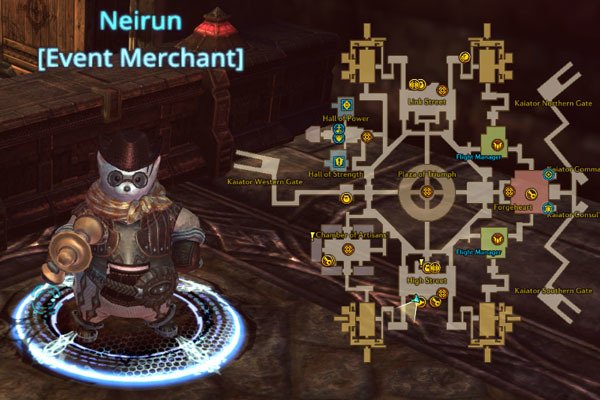 Here's the results so far for the loot table from N=751. The "odds of getting this item" are given below. If you are getting that item, the average quantity you'll receive is shown.

Is it worth it?

Sort of. At a minimum, buy the daily 10 from a merchant on any accounts you have. The siglos and silver plates can be sold off if  you don't need them. I'd recommend waiting a bit for the event to end if you plan on selling them so you can get more gold for them. You'd get more feedstock running Akalath Quarantine if you regularly run that instance. Otherwise, it's better than nothing to get a few more silver crates but I wouldn't grind specifically for them or try to max out vanguards on them. Some instances take a long time to queue into. It might be worthwhile with a pre-made party that doesn't mind using the vanguard requests though.