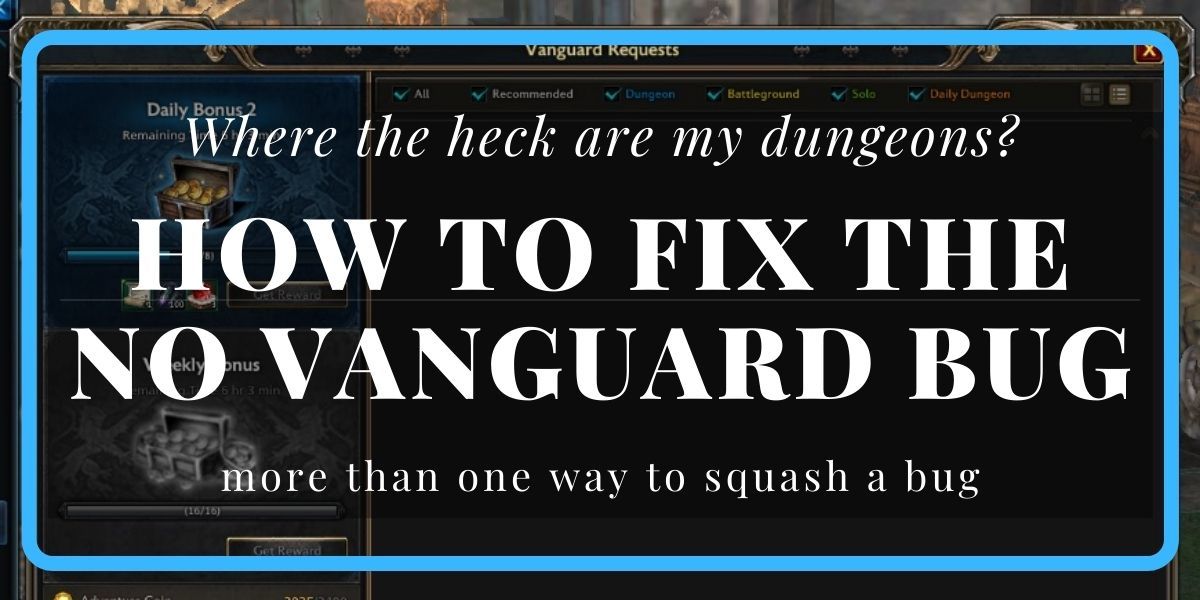 "Why are there no vanguard missions available?" "Where are my vanguards?" "Why can't I queue for any dungeons?" You might have noticed that after the vanguards missions reset, you won't see any available from the Vanguard Mission Request window! Technically, you'll still see any in progress missions, but otherwise there won't be any shown until the bug is cleared. This has been a bug for a several months now and the fix is fairly easy. 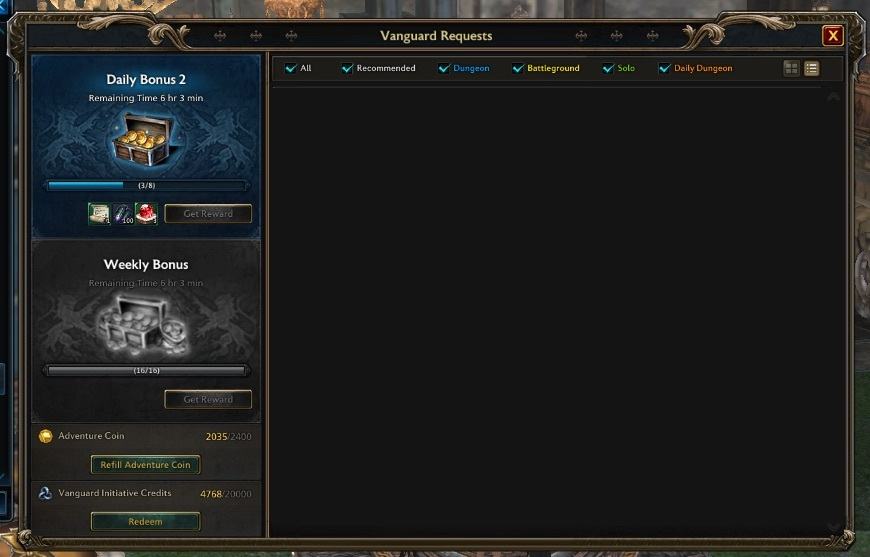 The most common fix is to enter any non-solo dungeon. You can do this by queueing for a dungeon using the Instance Matching window (instead of the Vanguard Request Window "find group" button method), or by purchasing a dungeon entrance teleport scroll from any city merchant and then entering the non-solo version of the dungeon, then leaving that dungeon. As soon as you load into the instance, the vanguard bug will be cleared and will be able to see all the requests as normal.

From the menu bar, use the magnifying glass menu to access instance matching. The author hot-keyed this to shift+h 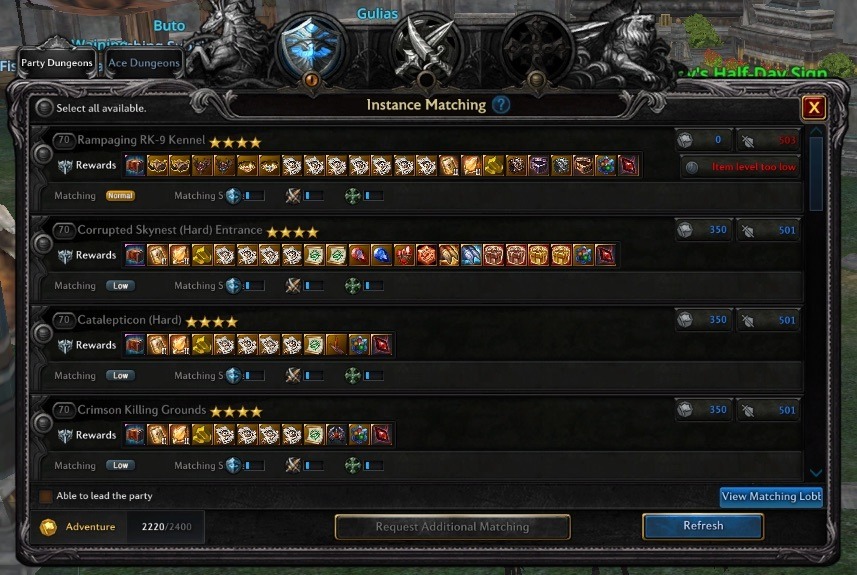 Select which instances you want to queue for and set party roles if appropriate. 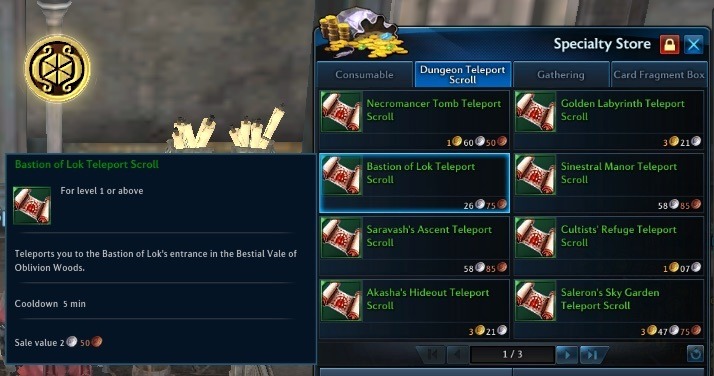 The Bastion of Lok scroll is the cheapest option if you want to use any dungeon to fix the vanguard bug.

You might want to use the teleport and enter option instead of queuing for a dungeon if you wanted to do some solo vanguards first like Ace Dungeons, Pit of Petrax, etc.

You can also clear the vanguard bug by teleporting to Velik's Sanctuary, the instance area where you access the Ghillieglade teleport entrance. If you have elite/club, this is the easiest way to clear the bug since you can use your perks to teleport for free. Otherwise this might be "expensive" since you'll have to buy a teleport scroll from Sionne in Highwatch for 200 vanguard credits.

If you have elite/club, you get a forever free Ghillieglade teleport scroll here. 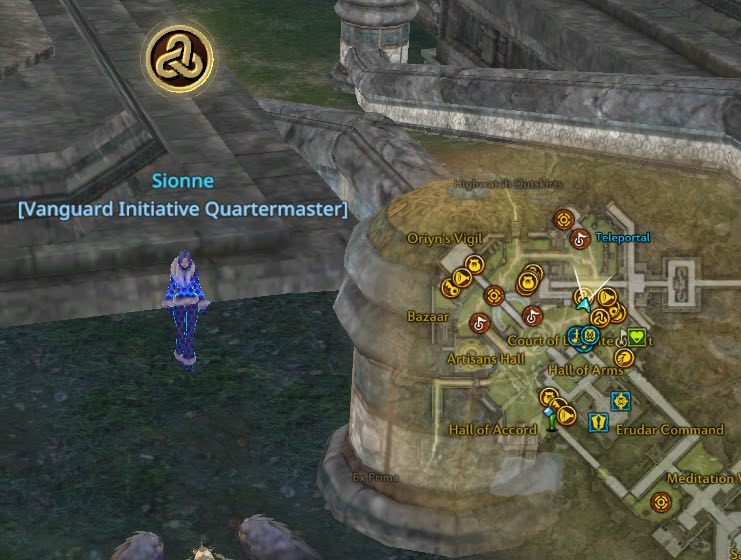 Sionne can be found quickly using the "Redeem" teleport option in the Vanguard Request window. 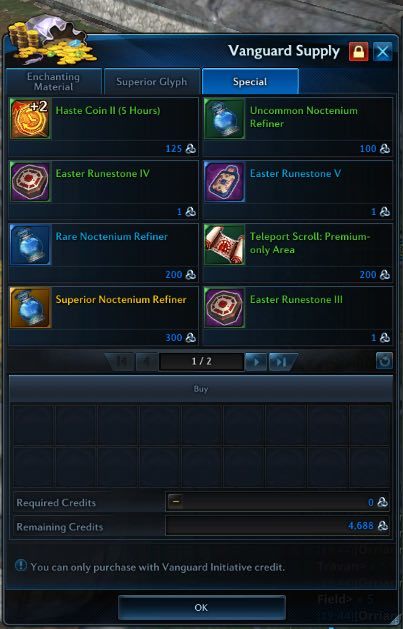 The ghillieglade scroll is on the Special tab, "Teleport Scroll: Premium-only Area"

The ghillieglade loot is mediocre unless there's an event going, so you may not want to spend 200 Vanguard credits on this option, if you don't have Club. 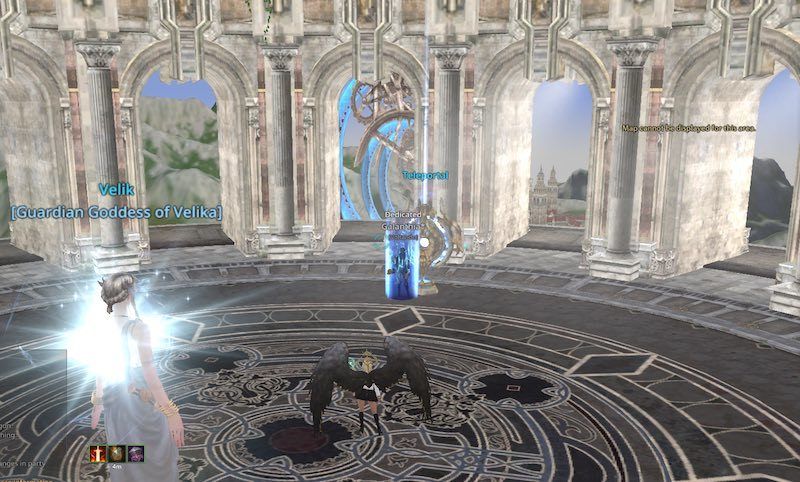 Once you load into this area, your vanguards should be back to normal.

You'll have to clear this bug daily after the reset. Maybe one day it will be fixed. Until then, now you know how to clear it a few different ways.