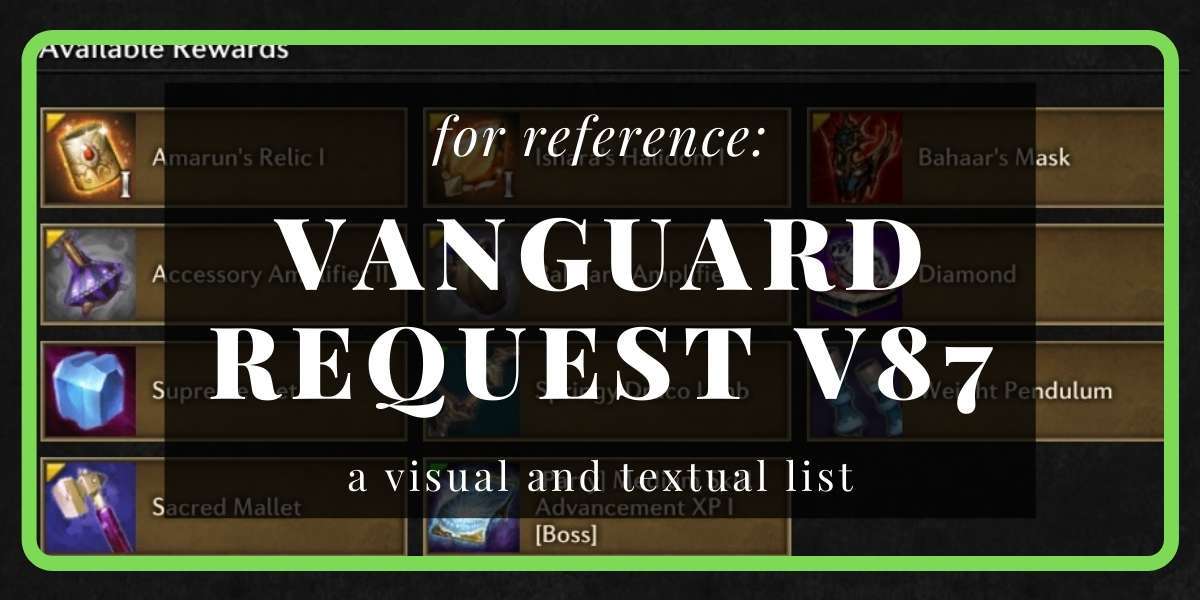 A simple list of all the Dungeon and Solo Vanguard Requests and their rewards for reference at patch version 87. I wanted something like this because I'm not always in game and able to check what these are. I figure there's at least one other person who would also find this useful.

The text version of the rewards will be filled in later. There are also images of the detailed dungeon window when you click on the vanguard request banner. They will also be uploaded and or noted in texted later. Still trying to decide on a good layout for the information.

Screenshots of all the dungeon vanguards (except for AQ and GVh). The rewards in text will be added in later.

What is a Crit Cap Anyway?